Our aid to Ukraine at a glance

#ECCB   The ECCB is helping people fleeing the Russian invasion of Ukraine. The main thing is happening in the parishes. 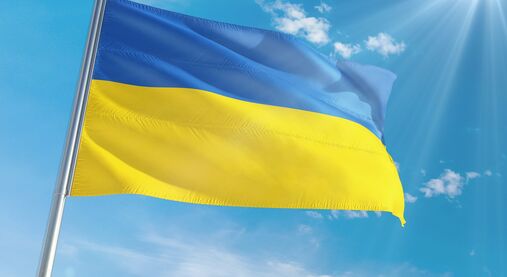 Our aid to Ukraine at a glance

It all began with a decision by the church leadership (Synodal Council) on Tuesday, February 22, after several pastors approached the Council saying that action needed to be taken immediately. Parishes were approached by headquarters the very next day to see if they would be able to help with accommodation in the event of conflict and to what extent. It should be noted that at that time the word "refugee" was still a bit of a slur in the Czech context.

The attack began the night after.

Since then, some 130 parishes and several centres of Diaconia ECCB have stepped up with offers of help. The number is not exact, because sometimes the aid is implemented directly by the congregations with their facilities, and sometimes everything is done by a group of families connected to that church community. This immediate offer was made available to the Czech Refugee Facilities Administration the day after the war broke out, when no other system existed. Therefore, already during the first weekend of the war, the state used our facilities with great gratitude.

At first the parishes offered their premises for accommodation, but as time went on many of them decided to implement the aid more in a community way. Now the situation is that some places are already housing refugees, while in others are organizing aid by preparing their premises for a school, kindergarten, community centre or otherwise. It has to be said that parishes also have their own ideas - and that is good, because especially in smaller towns and villages our parish campuses are a strong part of the community and responsive to local needs.

The church headquarters, together with Diaconia, now provides three types of assistance:

The first is counseling assistance.

On March 1, we launched a website, ukrajina.e-cirkev.cz, with all the information about assistance - technical, legal, pastoral, and more. The page is updated daily (in Czech language). The Diaconia has subsequently set up a telephone advice line.

Another form of support is financial.

On February 25, the Church called for the replenishment of the Social and Charity Aid Fund, which will be used to help refugees, and Diaconia also announced a public collection, the proceeds of which will go directly to Ukraine. This year's Daconia´s Lenten collection will also be donated to help Ukrainians. We are not undertaking a central collection of clothing or food, but we are accepting older laptops, which are much needed for the refugees to start. Diaconia has also applied for grants from the German crisis fund Katastrophenhilfe and other non-profits. The church headquarters has already received and has further pledges from foreign donors. The first foray of financial aid will be the distribution of a package of money to the participating parishes for the purchase of basic equipment.

The third line of assistance relates to activities.

It appears that the emerging coordinators in the parishes where support is comprehensive and organised will play a very significant role. They are needed, and it cannot be pastors for the long term, which is very often the case so far. We are now thinking intensively about this system at headquarters because it is very financially demanding. In the meantime, the church headquarters has assigned staff to coordinate assistance, who are in contact with parishes, state institutions, apply for grants, handle legal matters and communicate with the media. Coordination of work at headquarters, including coordination with Diaconia, is the responsibility of the General Secretary with the Lay Moderator (Synodal Curator).

The conflict is likely to be long and we must not exhaust ourselves at the start. On the other hand, it is amazing how many creative and capable people we have in the parishes. Let us support each other in prayer and think through how parishes can help in the most effective way. It is not necessary to do everything right away. Each to the best of his or her ability, knowing that help will be needed for a long time. Therefore, let us think about "how" to make our breath last longer.

Thank you also to all of you who have contributed in any way!