The foundations of the Evangelical Church of Czech Brethren stem from the Hussite church (1431–1620) and the Unity of the Brethren (1457–1620). The Evangelical Church of Czech Brethren (ECCB) was established in 1918, when the Lutheran and Calvinist wings of the local protestant creed were united in one. Their existence, however, had not been legal until Joseph II issued his Patent of Toleration in 1781, following a long and tough anti-reformation campaign that began in 1620. Even after issuing the Patent of Toleration, Protestants still had to face many restrictions, which would only be lifted following the Protestant Patent of 1861.
At the time of its establishment, the ECCB had 250,000 members, the number increased to 325,000 in 1938. Today, the church is divided into 14 seniorates and has a total of approximately 250 congregations and 100,000 members. The church is headed by a six-member Synodal Council, elected for a six-year period, represented by the Synodal Senior and Synodal Curator. 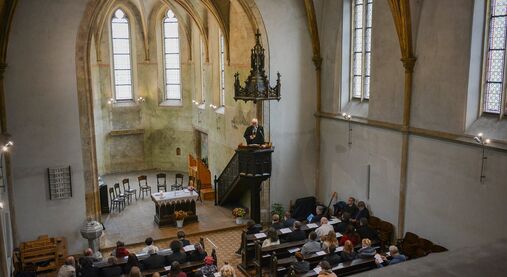