The Ecumenical Council of Churches in the Czech Republic organized a joint look back at the Church's assistance to Ukrainian refugees on 8 November 2022 in Prague. The aim of the meeting was to reflect on the past nine months of intensive assistance, to inspire each other and to share plans for the coming period. So far, churches have donated hundreds of millions of CZK, hosted thousands of refugees and report readiness for a possible next wave. 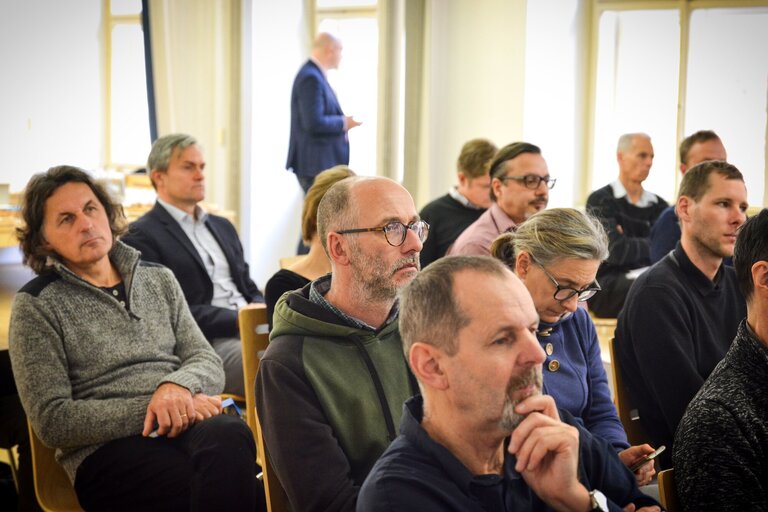 Representatives of churches and organizations established by them presented various forms of assistance. The most frequent were financial collections, which raised hundreds of millions of CZK. Direct humanitarian and material aid, organisation of volunteers or assistance with evacuation of people were no exception.

"The case of the disabled nine-year-old Jaroslava, who is bedridden and whose family was caught up in the Russian aggression in Kiev, particularly sticks in my mind. They had to take shelter in the basement from shelling, and Yaroslava was running out of the medicines she depended on for life. At the beginning of March, the Pardubice ECCB parish evacuated the girl and her family from the Russian besieged Kiev and gave the girl a new life. At the time, a similar evacuation from Kiev seemed almost impossible, with street fighting on the outskirts of the city, poor mobile communications, and overcrowded evacuation trains leaving Kiev. But the Czech rescue team made the impossible possible. They reached Kiev, loaded Jaroslava and her mother and brother into an ambulance, and returned to the Czech Republic. It was one of the first very strong stories of Czech help to Ukraine in the first days of the war, the first ray of hope that if we try hard, everything will work out," said Tetiana Okopna, First Secretary of the Embassy of Ukraine in the Czech Republic, in her greetings. 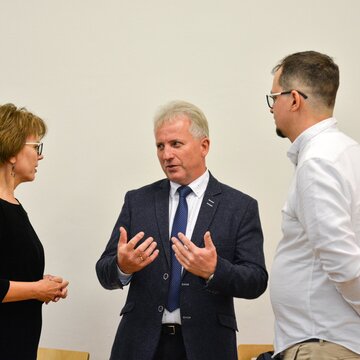 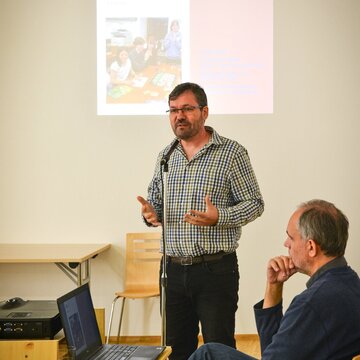 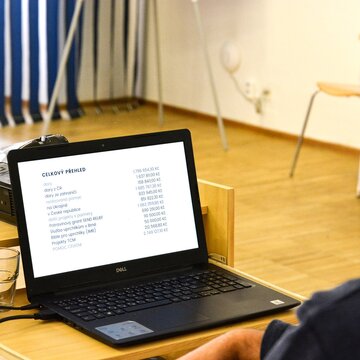 Thousands of people found shelter in Czech parishes and congregations immediately after the outbreak of the war. Many of them still use the accommodation. However, the immediate humanitarian activities have gradually been replaced by assistance with integration - community centres have been established, language classes, children's groups, shared offices and various leisure activities continue.

Ukrainian refugees are also often becoming part of religious life, and new church congregations are even being established, composed mainly of believers of Ukrainian nationality.

The Czech churches have so far organised aid to war refugees from Ukraine spontaneously and each according to its own possibilities. The day-long conference was an opportunity to exchange experiences and to coordinate further action. It is not impossible that a second massive wave of refugees will head to the Czech Republic.

"On behalf of the Presidency of the Ecumenical Council of Churches, I thank from the very depths of my heart all the churches, volunteers, associations and charitable organizations for the great personal commitment of many, for the exemplary and widespread solidarity, compassion, welcome and creation of a warm home for many Ukrainian refugees. Please let us persevere in this difficult but much needed service to our fellow human beings who have been forced to leave their homes, their families, their homeland as a result of Russia's military aggression," expressed the gratitude and appeal of the Chairman of the ECC and Bishop of the Silesian Evangelical Church of the Augsburg Confession, Tomáš Tyrlík. 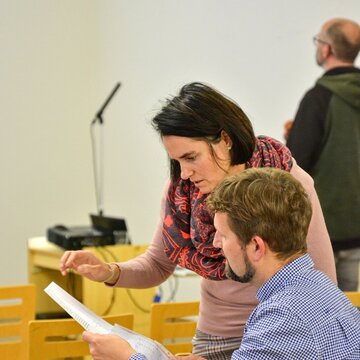 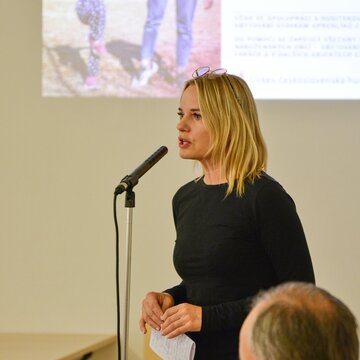 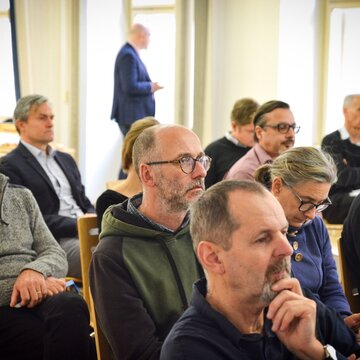 As Robert Rehak, the Special Representative of the Ministry of Foreign Affairs of the Czech Republic, pointed out, due to Russian terrorist attacks on civilian infrastructure, three million people in Ukraine are currently at risk of being completely without heat and energy supplies for the winter. "The situation is, among other things, a catastrophic failure of the Orthodox Church in Russia, which has become a supporter of a criminal regime and is helping to co-create an environment in which aggression is legitimised," Řehák added during his speech.

David Stulík, an analyst at the European Values Security Center and former diplomat, reported on the current situation: "Every day I am in contact with my friends or former colleagues in Ukraine. Today, for the first time, I was unable to contact almost anyone. Russia's current tactics are attacks on civilians and civilian targets - especially energy sources and the transmission system. The infrastructure is destroyed and cannot currently be rebuilt. Services are being cut."

But hand in hand with this is the growing determination of Ukrainians to defend their country. "According to the latest poll, 92% of Ukrainians do not want to give in to Russia's terrorist aggression. Then, a full 80% of Ukrainians - including ethnic Russians - see Ukraine in ten years as a prosperous country that is part of the European Union, and 97% of them are willing to pay the ultimate price for that," Stulík added.

The conference was the first meeting of its kind, with more to follow. The churches also expressed their willingness to cooperate and coordinate a common approach in the event of further refugee waves. They are ready to help thanks to their past experience. And they are ready to help as long as help is needed.

Unity of the Brethren Baptists of the Czech Republic has offered 33,375 overnight stays to members and friends. Over 300 people have passed through one household.

The Salvation Army provides assistance to, among others, Roma refugees and women in nightclubs in western Bohemia.

The Apostolic Church facilitated the evacuation and provided accommodation and care for 50 elderly people from Donbas - most of them wheelchair-bound or permanently bedridden.

The Brethren Church has partner congregations on the Ukrainian front line (Odessa, Kharkiv, Kherson...) and supports them directly.

The Seventh-day Adventist Church helped evacuate a theological seminary near Bucha - 400 people were saved from the atrocities subsequently committed there by the Russian army. In addition, the building subsequently became a temporary shelter for the local residents.

The Czechoslovak Hussite Church, through its diaconia, plans to send funds directly to the Kiev region before winter - for repairs to doors, windows or heating and for basic materials.

The Evangelical Church of Czech Brethren offered 46 congregations ready to receive refugees immediately on the first day of the war. In the end, more than 2,000 people found shelter in 130 congregations of the CCE. In Brno, an improvised "language school" was set up for 500 students, including babysitting.

The Silesian Evangelical Church of the Augsburg Confession helped directly in the buffer zone in international cooperation with Slovak and Polish churches.

Caritas Czech Republic provides accommodation for, among others, Ukrainian families whose children are undergoing oncological treatment at the Motol Hospital Prague.

ADRA CZ has evacuated over 8,000 people with its own resources. It has dispatched 57 trucks of food or material aid (1,000 tonnes) and provided stable financial support to about 11,000 refugees. In total, it has supported 55,000 people in all its activities.