The debate on marriage for all: late, but still

The commission for the preparation of the dialogue with the LGBTQ+ community prepared three online discussions in the form of a moderated panel interview. 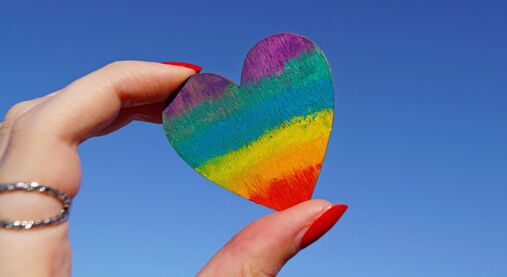 They had a relatively clear goal: to open a debate within our church about attitudes to marriage for all. The number of viewers shows that there is certain interest in the topic among evangelicals.

The first of the discussions took place on Wednesday, February 10th, and was called The Biblical, Theological, Ethical, and Psychological Aspects of Homosexuality. The guests were psychotherapist Dagmar Křížková, ethicist Jindřich Halama and biblist Martin Prudký, the discussion was moderated by the church-wide pastor for minorities Mikuláš Vymětal.

The discussion focused mainly on the document titled The Issue of Homosexual Relations, which was published by the church in 2006 with reference to the 1st session of the 30th Synod (May 2004). All three guests took part in its preparation and each had to comment on the document now, after 15 years. They share an understanding of the whole issue – homosexuality is not a disease and it is not an insurmountable problem for Christianity.

Martin Prudký noted at the outset that all texts of the Old and New Testaments, which are described as a declaration that homosexuality is abominable, must be viewed through the context of the time. The important thing is that the Bible itself does not know homosexual orientation, but only homosexual behaviour, which in almost all stories is associated with some form of violence and dominance.

According to Jindřich Halama, homosexuality is not the number one issue in the Christian faith, but rather a pastoral issue.

Dagmar Křížková offered a sexuological/medical perspective. Sexual orientation is innate, it cannot be changed by medical methods. Any attempts at treatment were unsuccessful; the World Health Organization removed homosexuality from the list of mental disorders as early as 1990.

The second of the series of discussions was held on Wednesday, February 24th, and was called How Do Lesbians and Gays Live in the Church and in Czech Society. This time, the topic focused directly on the stories of specific people.

The invitation was accepted by the Pospíšil couple, who are parents of a young lesbian woman, as well as two members of the Christian LGBT community, Zdeněk Turek, a theatre actor and assistant preacher of the ECCB, and Veronika Dočkalová, the chairwoman of the Logos association. All guests are active members of one of the Czech Brethren Evangelical Churches. An exception was Sister Dočkalová, who is of the Roman Catholic faith. The debate was again moderated by Mikuláš Vymětal, a church-wide pastor for minorities.

Right at the beginning, the discussion turned to the concept of coming out, i.e., the moment when a person publicly declares their different sexual orientation. The Pospíšil couple brought an interesting perspective since they experienced the coming out from the other side, that is, as its recipients from their daughter’s side. “In retrospect, our daughter’s message about her sexual orientation brought relief, because the things we already knew were made a very clear fact by that statement,” said Lenka Pospíšilová.

Another significant thematic block was the debate on the approach to people with a homosexual orientation in the church. Veronika Dočkalová’s testimony pointed to the often painful situation in the Roman Catholic Church: “As I was preparing for confirmation, I came across a wall of ecclesiastical law and catechism that clearly told me: You do not quite belong here.” On the situation in the Catholic Church, she added: “If someone lives in a long-term relationship with a person of the same sex, they do not have access to the sacraments. I think it is a completely bizarre thing. If a person experiences some amorous moments with a person of the same sex and shows remorse for these acts in confession, they can receive all the sacraments. However, if it is found that the person in question lives with this person permanently, they are done in the eyes of the church, so to speak. From my point of view, this is a clear support for promiscuity at the expense of stable relations.” On the other hand, Zdeněk Turek, who has experience with several churches, including the Church of the Brethren or the Seventh-day Adventist Church, encountered obstacles in the Protestant environment. He also encountered inconveniences and misunderstandings.

As the Pospíšil couple said, it is a great advantage that the Evangelical Church of Czech Brethren does not qualify evangelical homosexuality as a sin. In the context of Czech churches, however, this is a minority approach. The ecumenical and even international interest shows the need for dialogue in the church environment: in addition to lay people, the debate was followed by a number of clergy from various churches: for example, a Slovak Lutheran pastor spoke up, who, due to her open attitude towards LGBT people, faces the threat of a ban on clerical service in her church.

This discussion did not provide clear answers, but it must be added that that was intentional. The purpose was not to “define the field”, but to give space for discussion and talk about things openly.

The third discussion took place on Wednesday, April 14th, 2021. The interview was moderated by Pavel Pokorný, Deputy Synod Senior of the Evangelical Church of Czech Brethren, and the following guests accepted the invitation: Ivan Eľko, Bishop General of the Evangelical Church in Slovakia, Benigna Carstens, leading member of the Unity of Brethren in Herrnhut, Germany, and Ondřej Stehlík, a pastor of the Presbyterian Church in New York.

The representatives of foreign churches spoke about their views and practices when it comes to homosexuality and about their experience with dialogue in the church and society as well as with the search for consensus.