#ECCB  Pavel Pokorný (1960) was the pastor of the church in Prague-Střešovice from 2000 to 2021. His previous place of work was Trutnov (1987–1999), where he started after his studies and basic military service. During his one-year stay in the United States, he focused on pastoral care. He also worked as a hospital chaplain for the mobile home hospice Cesta domů. He is married and has four children. 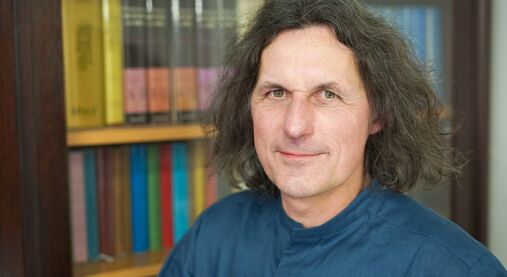 Why are you a Synodal Senior and not a Bishop? Are there any differences? Is it not less effective in terms of publicity?
The Czech protestant tradition has been trying to distinguish itself from the Catholics since the Patent of Toleration. Certain anti-clerical feelings can already be observed in the old Unity of the Brethren, where instead of “bishop” one speaks of “senior”. In terms of content, there are significant differences between a Catholic Bishop and a Synodal Senior with regards to their competences. The Bishop has more authority and legal competence, while the Synodal Senior has one vote among six members of the Synodal Council. Admittedly, the title of Synodal Senior is hardly comprehensible to the secular public. The question is, however, whether “Bishop” would be better! In any case, I hope that the effectiveness of the Word does not depend on any title.

The Czech Republic is one of the most secular countries in Europe. How does Czech society perceive the voice of the Church?
It seems to me that the majority of our society is almost indifferent to what a church says. Probably, the media comment a bit more on the voice of the Catholic Church, especially the Archbishop, compared to other churches. Also, words that can be drawn into a certain political context are perceived more. I am not sure whether it is desirable to be quoted more in the media. My wish above all is that the voice of the Gospel is perceived by those who hear it. 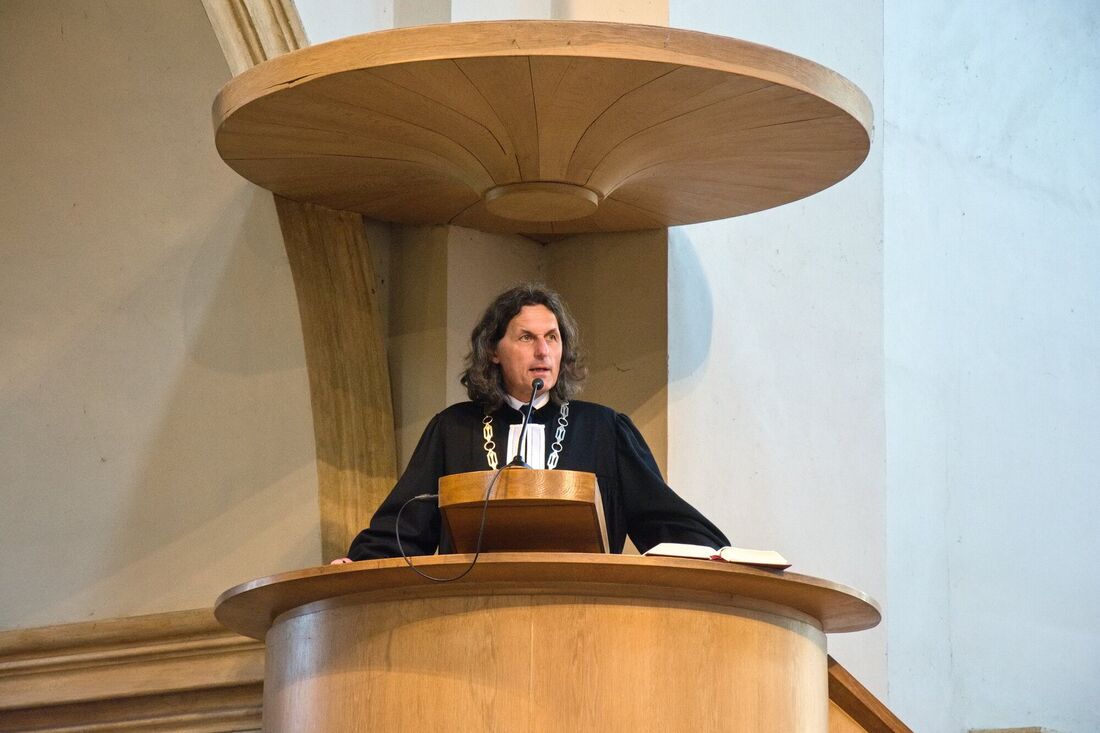 Churches are becoming smaller and smaller. What impact does this have on ecumenism?
That’s difficult to say. It seems to me that we all know what the reality looks like, but it is not easy for us to accept it completely. It is even more difficult to change something, also with regards to closer ecumenical cooperation. At a local level however, it works sometimes better compared to the leadership level.

The restitution law in the Czech Republic stipulates that the churches are to finance themselves after compensation payments have been made by the state. From when? How is the ECCB dealing with financial independence?
Since the law was passed in 2012, churches have been receiving gradually less operating subsidy from the state. This subsidy will end in 2030. The compensation payment will end in 2043. So after that, the church will already be completely self-financed. The ECCB has been preparing for this situation for a long time. As local churches we learn to assume our own responsibility. All members who have their own income are challenged to pay 5% of it as church tax. Every year we give 16.5% of the government compensation to the parishes for concrete diaconal, developmental or ecological projects. Most of the money is invested in investment funds. We expect the income to cover part of the wage costs in the future.

Are floods, tornadoes and other consequences of global warming an issue in the parishes or at the level of the Synod of the ECCB?
The Synod has already adopted a declaration on climate change in 2019. The advisory committee of the Synodal Council for Ecology is very active and addresses the parishes with diverse inspiration. During Lent, for example, there is the campaign “To church by bike” (instead of by car). The parishes react differently. Some take advantage of these events, others are more passive. 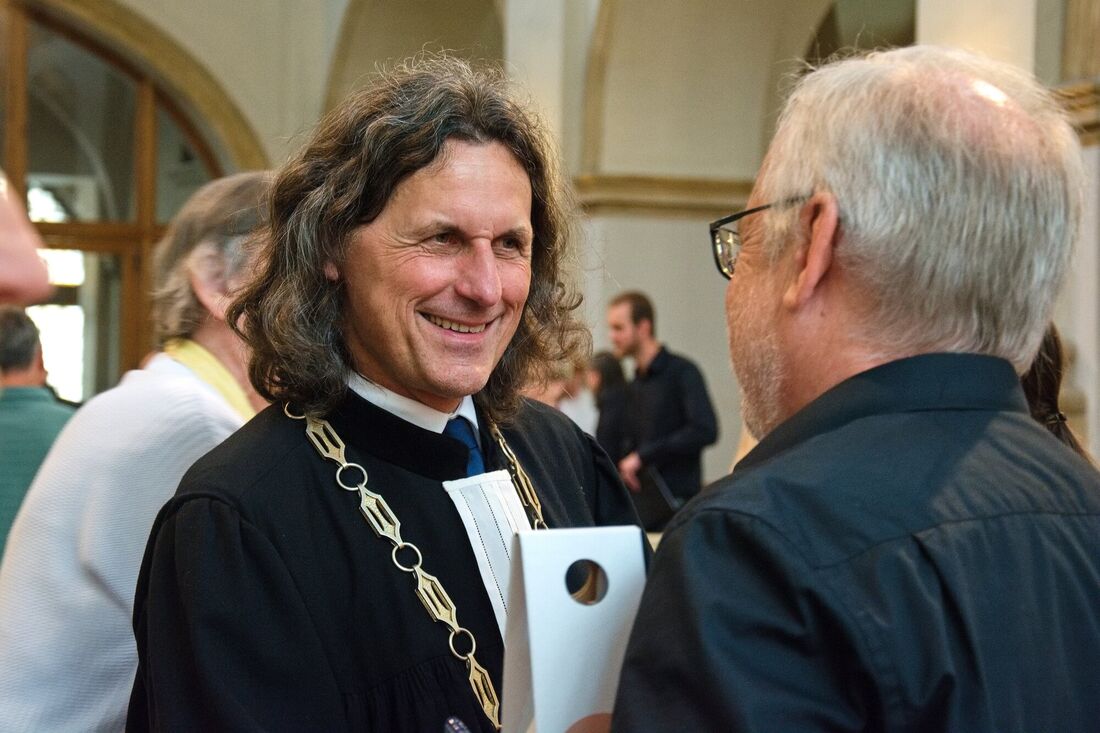 The ECCB has a pastor for minorities. Where are the biggest challenges with regard to minorities in Czech society?
I see three areas in particular. First, the relationship with the Roma. There is prejudice, fear, distance or even hostility from both sides, even among Christians. We have given an impetus to the Ecumenical Council in the Czech Republic to set up an ecumenical working group on Roma, but progress is rather slow and laborious. Secondly, LGBT+ people. For the last two years a commission, mandated by the Synod of the ECCB, has been working on collecting biblical, but also biological and psychological research in this field and communicating it to the Church.... Our aim at this stage is that the voice of LGBT+ people is heard and that there is an open conversation. Thirdly, interfaith dialogue. It is particularly urgent in relation to Muslims. Although there are not many in our country at the moment, we know of many testimonies of discrimination and hatred experienced by some Muslims, especially women in our society.

What do you see as the main focus of your work and what challenges do you currently see for the future of the ECCB?
Above all, it is about the spirit that animates the church. In many places I see fear, enclosing, self-defence. Apart from membership numbers or the economic situation, church communities can radiate trust, hope and love. We must not forget the Gospel as a source and a perspective. We all need encouragement to believe. I see the task of the church in these times above all in pastoral care, which is not limited to its own members, but embraces all those in need. That’s what we need to learn in our local churches. I would like to support training in this direction. I see a hopeful potential in pastoral care in prison, army, hospitals, social service, which already has an experience of pastoral care in secular settings.
In addition to concerns for our own existence, we need to monitor social issues and continue the conversation with our ecumenical partners.

Reproduced with kind permission from Evangelisch weltweit 4/2021, the magazine of the Gustav-Adolf-Werk, and slightly revised.