My task is to listen to people and talk to them

#Diaconia  Daniel Heller (1976) is a Protestant Theology graduate. Before arriving in Valašské Meziříčí, he worked as a clergyman in Pržno and also in Ukraine in the villages of Bohemka and Veselynivka, inhabited by Czech compatriots. For many years, he has been involved in running summer camps at Běleč nad Orlicí for children with disabilities, their families, and volunteers. He has been a chaplain at Diaconia Valašské Meziříčí for 12 years.

You have worked at Diaconia for a long time. How did you become a chaplain?

The local Protestant congregation, which chose me as their minister, entrusted me with the job. It was a matter of continuity. My predecessor had been involved in Diaconia, he and his wife founded the centre in Valašské Meziříčí.

How exactly did you start your work?

I started out by monthly meetings with elderly people, occasional discussions with employees, and giving short spiritual talks at work meetings, which would also take place once a month. But this was a very long time ago, a lot has changed since then, new services have been added. The centre has become a very large institution since it was merged with the hospice. I am one of four chaplains. I take turns with my colleague Lenka Freitinger in the day care centre for the elderly and in providing services to people with mental disabilities.

What can a minister offer people with mental disabilities?

Even people with mental disabilities have spiritual needs, years of experience have taught me that.  My task is to communicate with the clients about these needs in an appropriate way.

How does that work?

People with less serious mental disabilities can be very direct. They might ask, for example, whether hell exists or not, and who will go there. Others might ask whether God loves them and whether He also loves other clients who may be behaving inappropriately in one way or another. We would not ask such questions because we would not consider them appropriate. Nevertheless, we might be asking ourselves the same things. People with mental disabilities are not afraid to say them out loud (as long as their handicap allows them to), and they want to hear my opinion.

What about those who are unable to speak up?

Many of them enjoy storytelling, perhaps combined with slide shows or films. Often, they are also very fond of rituals associated with song, sometimes with prayer, because they may previously have spent time at a religious institution of some sort where they were cared for by nuns and went to church with them. Sometimes it is up to us to connect with them and sense what suits them best. Some clients start swaying and laughing when they come to church. It is obvious they feel good there. We don’t know why and they are never going to tell us, but we can see that they do live in a spiritual world of some kind.

At the day care centre for the elderly, I try to do programmes that are somewhere between culture and religion. Often, we also go back to the past because reminiscence therapy is important for the elderly, memories that relate to their own experiences. We talk about what was customary in their hometown, in their generation and in their youth and later. Often, we end up talking about solidarity, marriage and family, friendship, etc. It is elderly people still living with their families who come to the day care centre, so intergenerational relationships are often discussed. Or we just talk about what is happening in the world around us. They provide their view and I give them my own.

When our whole country was gripped by fear of refugees coming from Islamic countries, for example. In general, I try to avoid discussions on any political issues with the clients, but I told them about the German approach. We have established a friendship with some German Lutheran parishes in Bavaria. They told us about how they are able to integrate large numbers of refugees. I was glad to be able to pass on this experience and dispel any exaggerated fears. The debates we engage in are not exactly intellectual discussions. We usually start with a song or project a nice picture and continue with a related conversation.

Do you also read the Bible with the elderly clients?

On the occasions of Christian holidays, we read the Bible and talk about the passage we’ve read. The aim is not to substitute going to church, though. 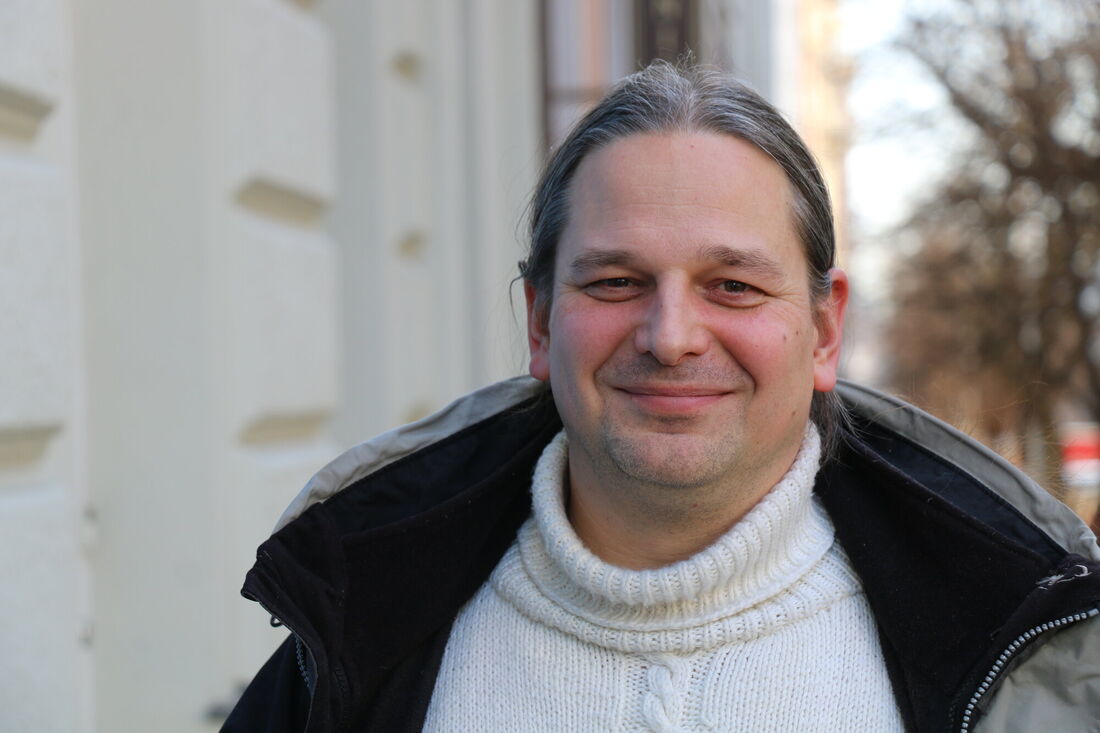 Is the nature of a chaplain’s work ecumenical?

Of course it is; they work with people from various churches and even with those who do not officially belong to any church at all. The chaplain must not have a church axe to grind. They must respect the spirituality of the people they work with and base their talks on it, try to understand it. Therefore it is also important for the chaplains to have some theological education, even if they are not ministers.

What should a chaplain’s position be at Diaconia? For a time, you were a member of the Supervisory Board of Diaconia Valašské Meziříčí, but you don’t consider that a good idea any longer.

Because the role of the chaplain, as I see it based on my experience, is mostly about conversations, listening, spiritual accompaniment. When you also have an influential position at Diaconia, people, especially employees, expect you to defend their interests. No good will ever come from that. I'm also hesitant about how much feedback the chaplain should give to the leadership. The previous director of the centre was very supportive of this and I, too, found it helpful to a certain extent. But a chaplain is not supposed to be a mediator, a crisis communication expert. I may have a strong opinion on what is going on at the centre and whether certain decisions were good or bad, but I should keep this opinion to myself. Because once I start to interfere in solving operational problems, or take sides in an argument, that prevents an open conversation.

How do you see your future as a chaplain?

Together with others, I am now taking a training course which is to be a future prerequisite for working as a chaplain at Diaconia. For example, we just had an extensive lecture on how social services work. A lot of information, and very well delivered. However, most of the participants already have longer-term chaplaincy experience. Personally, I would like to continue my chaplaincy work for Diaconia.